Destiny is an action role-playing first-person shooter video game in a mythic science fiction open world setting. It is developed by Bungie and published by Activision. The game will be released on PlayStation 3, PlayStation 4, Xbox 360, and Xbox One video game consoles.

Destiny is set seven hundred years into the future in a post-apocalyptic setting following a prosperous period of exploration, peace and technological advancement known as the Golden Age. In a universe where humans have spread out and colonized planets in the Solar System, an event known as 'the Collapse' saw the mysterious dissolution of these colonies, the end of the Golden Age, and mankind teetering on the brink of extinction. The only known survivors of the Collapse are those living on Earth, who were saved by 'the Traveller', a white, spherical celestial body whose appearance centuries before had enabled humans to reach the stars. The Traveller now hovers above the last remaining human city, and its presence allows the 'Guardians of the City'—the last defenders of the human race—the ability to wield an unknown power, only referred to as 'The Light'.

Upon mankind's first attempt to repopulate and reconstruct after the Collapse, it is discovered that hostile alien races have occupied mankind's former colonies and civilizations and are now encroaching upon the City. The player takes on the role of a Guardian of the City, and is tasked with investigating and destroying these threats before humanity is completely wiped out. 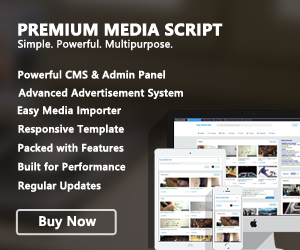 Almost every action hero in movie history is kicking ass in the new trailer for The Expendables 2! Watch it exclusively on IGN, with a special message from the legendary Sylvester Stallone himself! C...

Your first look at real gameplay from Bungie's new universe. Subscribe to IGN's channel for reviews, news, and all things gaming: http://www.youtube.com/subscription_center?add_user=ignentertainment ...

Get your first look at Ultron trying to tear apart Captain America, Iron Man, Thor and the rest of the world in the first official teaser trailer for Marvel&apos;s &quot;Avengers: Age of Ultro...

A Fireteam heads out on an epic, action-packed road trip across our Solar System to face our enemies, take back what is ours and, in the end, Become Legend. Featuring “Immigrant Song” by Led Zeppe...

This a sample gif

Health Canada is planning to change regulations to allow doctors to prescribe heroin to some opioid addicts who do not respond to treatments such as methadone. The move reverses a 2013 decision und...

Using the embed feature the possibilities are endless. Here is an example of a #game #trailer from #ign